Flood insurance is often something people don’t think they need because they don’t live in a flood zone or in an area that’s prone to hurricanes, but it’s important to remember that no home is safe from flooding- regardless of where you live. There are so many myths out there when it comes to flood insurance, so take a look below at the facts so you can be better informed about what’s true and what’s not. 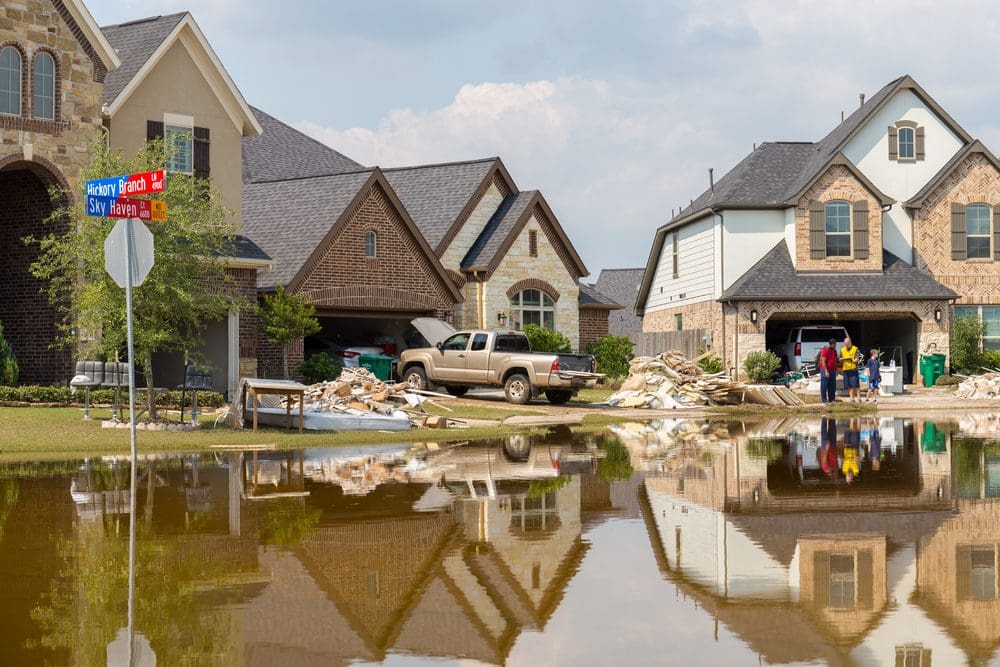 Myth #1: Flood Insurance is Included in Your Home Insurance Policy

A typical homeowners insurance policy might cover minor water damages, but it does not normally cover flood damages. To get full protection from flooding, you’ll want to purchase a separate flood insurance policy.

Myth #2: “I only need flood insurance if I live in a high-risk flooding area.”

Every property is at risk for flooding, regardless of the area. FEMA stated “ it’s five times more likely to flood than to experience a fire in a 30-year period. More than 20 percent of flood insurance claims are from properties that are not in high-risk flood zones.” So if you live in a city that can flood, it’s not a terrible idea to purchase flood insurance.

On the flip side, if you live in a neighborhood that is a part of the National Flood Insurance Program (NFIP) it’s highly recommended to purchase a flood insurance policy.

Flood insurance isn’t just for homeowners in single-family homes, it’s accessible for renters and commercial property owners too. Anyone wanting to protect their personal belongings and business is eligible for flood protection.

Myth #4: “I should wait until storm season to purchase flood insurance.”

Some might not realize that even minor flooding can cause consequential damages. According to FloodSmart.gov, an inch of water damage in a home can cost up to about $25,000 in damage, and the typical insurance claim for individuals who have flood insurance is about $30,000.

Myth #6: Flood Insurance Covers All of the Damages

Commercial property owners usually receive a higher purchasing coverage plan and can typically collect up to $500,000.

Myth #7: Government Assistance Will Cover the Repairs if My House Floods

In unique circumstances, “federal disaster funds” are offered to individuals who were victims of flooding. FEMA explains that “federal disaster relief funds are only offered if the president declares a disaster.” They also stated that “less than half of floods are declared federal disasters.” In circumstances when a natural catastrophic event occurs, the usual federal disaster contribution is about $5,000 and is typically a low-interest loan that has to be paid back. That is why it is highly recommended to invest in flood insurance because you are usually provided with more coverage, and the money provided for policyholders does not need to be paid back.

Myth #9: Flooding Only Happens Once a Century in a 100-Year Flood Plain

This term doesn’t mean a flood will happen once every century, it means it has a 1 in 100 chance of flooding any year according to FEMA. So say your property is in a 100-year flood plain and it flooded last year, it could still flood this year.

It’s crucial to be aware and prepared when it comes to a possible flood. The more you understand what is covered in your homeowners insurance policy and flood insurance policy, the better off you’ll be.