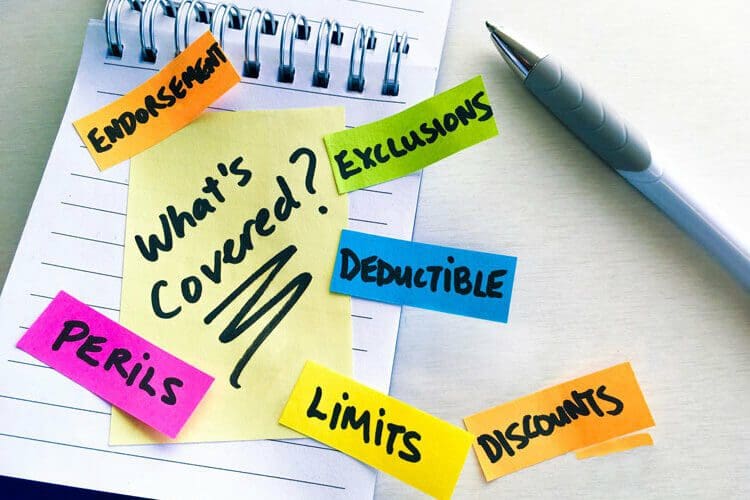 When you purchase homeowners insurance, it’s imperative to fully understand your policy and what coverages you do and don’t have. Should an unfortunate event happen, it’s important to know what your insurance company will help cover and what’s deemed your responsibility. Homeowners policies are not one-size-fits-all and each policy is carefully curated to each homeowner’s needs. Something that’s really important to pay attention to is if you have open or named perils coverage. Let’s dive in and take a close look at what the difference between open perils and named perils coverages is to help you better understand the two.

What is Perils Coverage?

A peril is an event that damages your home or belongings. Perils are listed in your insurance policy and can either be opened-ended or very specific, hence why it’s important to know the key differences between open and named perils.

Open perils, also referred to as “all perils”, means that your insurance company will cover you if anything happens to your home or belongings unless it is named as an exclusion in your policy. This can be inclusive of theft, water damage, wind storms, and hail as well as vandalism or malicious mischief. So unless it’s specifically excluded, you’re covered! Individuals who opt for open perils on their homeowners insurance policy like it because it has full coverage, but it is costlier because of its extensive protection. So for example, if your home floods and your TV is damaged and you file a claim, unless your policy specifically calls out flooding as an exclusion, insurance will approve your claim.

On the other hand, named perils will only protect the specific risks listed out in your policy. If it’s not listed on your policy, it is not covered and you as the homeowner will have to pay out-of-pocket. So back to the example,  if your home flooded and it ruins your TV and your policy specifically calls out flooding as an exclusion, insurance will not cover your loss and will deny your claim. The upside to named perils in a homeowners insurance policy is that the premiums tend to be lower and homeowners can add in extra add-ons to their coverage to fill in any gaps.

A Combination of Both

It’s fairly common in standard homeowners policies to see a combination of both named and open perils for structural and personal belongings. Usually, the dwelling (the actual structure of your home) is protected through open perils coverage whereas the actual contents (furniture, electronics, etc.) are protected under named perils coverage.

So for example, your homeowners policy doesn’t exclude flooding as an open peril but does not name it as a coverage option for named peril. Your home floods and takes on a significant amount of damage to both the structure and all of your belongings. Your insurance company will cover you for the home’s structural damage because flooding was not excluded on your list of open perils on your homeowners policy. But, flooding was not specifically listed as a named peril for your personal belongings therefore you are not covered by insurance for those.

Another important thing to look at is your liability limits on both named and open perils so you better understand what you’re on the hook for.

Every policy is unique and built differently based upon your insurance needs. It’s important as the policyholder, to understand the coverages you have so if in the unfortunate event you need to file a claim, you’ll know what’s covered. Have your current policy reviewed by our team of agents and get informed about the specifics in your policy.