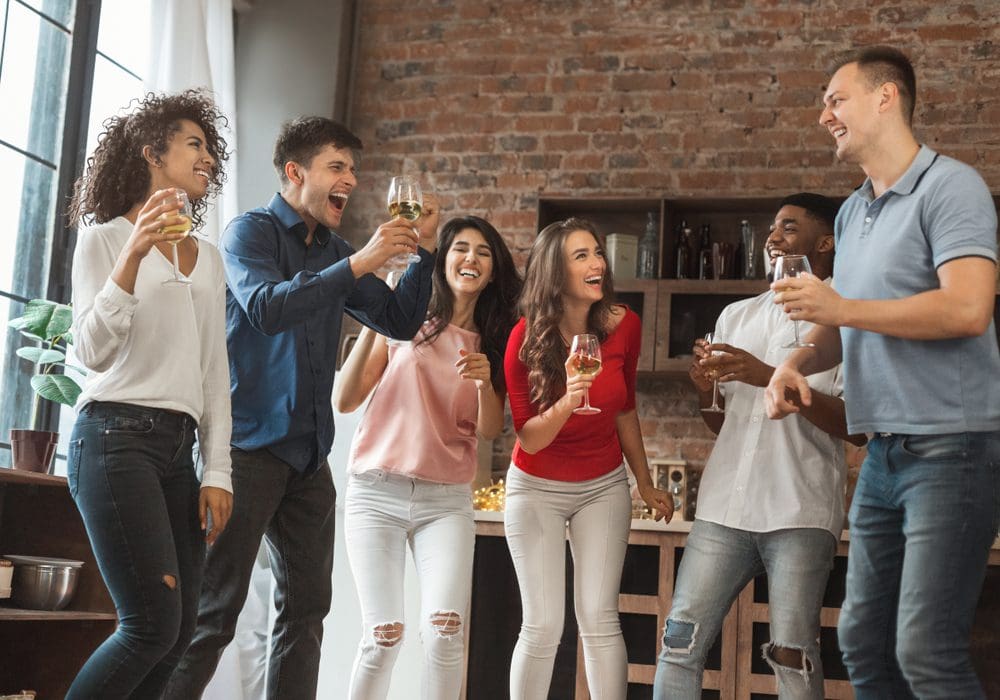 Everyone loves a great holiday party and usually where there’s a party there’s usually alcoholic beverages and a lot of them. Have you wondered about your liability as a party host or bartender? It’s important to know what social host liability is and what your responsibilities, as a host, are in case of an injury or accident during your event.

If you are hosting a party and a guest decides to have one too many drinks, leaves, and then gets into an accident, you as the party host, are not responsible even though that person was drinking at your party.

In the landmark case of Graff v. Beard, the judge ruled in favor of Graff stating that guests have a better idea of their level of sobriety and risk to the public than hosts and despite the relationship between the host and guest. The host does not have a right to control the guests’ behavior, therefore, making them legally not responsible.

Texas law does not hold the social host liable for any actions the adult may take due to the consumption of alcohol on the host’s premises. Even though the law states you are not legally responsible, morally we hope you wouldn’t let anyone leave your party overly-intoxicated. Have a designated driver take them home, use a ride-share service or allow them to sleep it off in the comfort of your home to ensure the safety of everyone.

Restaurants and other establishments are not held to the same standard. The Dram Shop Law states if you are a bar or restaurant, you are liable for damages caused by a drunk driver who consumed alcohol on your premises. The state of Texas will see you as a “provider” because you’re selling alcohol with a license or permit. Therefore, the law says it as your job to evaluate the sobriety of your customers and deny them if you feel they have had too many drinks. Failure to deny customers can cost you more than their tab.

Inform your bartenders of the right to deny any patron they feel has had too much to drink and could present a danger to others. However, if you are a host and you charge a fee for alcohol and serve it to a minor who is intoxicated, you will be held to the same legal repercussions as an establishment because the law will no longer see you as a host but as a provider.

In 2005, the state of Texas passed a law enforcing liability on social hosts who are 21-years-old and over who provide alcohol to minors. The Texas Alcoholic Beverage Code 2.02 states social hosts who are 21-years-old and over are liable in two instances. First, if the host intentionally serves the minor alcohol. Second, at the time the beverages were provided, the host knew the minor was intoxicated and presented a danger to themselves or others and the intoxication resulted in damage. Violation of this law is a Class A misdemeanor punishable by incarceration for one year and up to $4,000 in fines to the state.

Understanding your responsibilities as either a casual, social host, or even in a restaurant or bar setting is incredibly important when considering the safety of your guests and others. Knowing the basics is imperative, especially as we approach the holiday season! If you ever have any questions, please contact your TGS Insurance agent with any questions!